Hryvnia up to 15 UAH/USD on interbank. NBU continues to lower rate 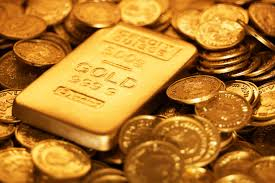 The National Bank lowered the official hryvnia rate, established for November 7 since 14:00, by 5.5 kopecks to 14.4707 UAH/USD, the NBU statement reads.

Ukraine's international reserves in October 2014 shrank by nearly $3.798 billion, or 23%, to $12.587 billion, due to Naftogaz's payments for reverse gas supplies and NBU intervention to stabilize the exchange rate; this is stated in a press release of the National Bank of Ukraine (NBU).

"According to preliminary figures, as of November 1, 2014, international reserves amounted to $12.587 million," reads the statement. The NBU said that the dynamics in October was related to the need to support Naftogaz of Ukraine (with almost $2 billion) in terms of the implementation of state-guaranteed obligations under debt securities and payments for reverse natural gas supplies from the EU. It also notes that in October timely payments were made to repay and service public and publicly guaranteed debt in foreign currency totaling $641 million, including nearly $233 million to the International Monetary Fund.