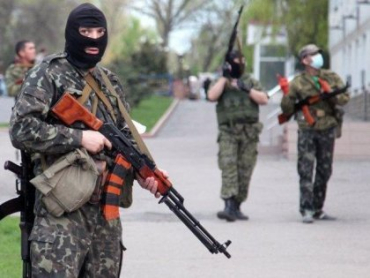 UN Assistant Secretary General for Human Rights Ivan Simonovic said this at a briefing in Kyiv on Monday, an Ukrinform correspondent reports.

He said that speaking about the number of crimes and the number of other violations of international humanitarian law and human rights, most of them had been committed by illegal armed groups.

Simonovic said that the human rights situation in the east remained very difficult. "This situation is aggravated by the inflow of heavy and sophisticated weaponry as well as foreign fighters, including from the Russian Federation," he said.

He said that the population in Ukraine's eastern regions was increasingly desperate and willing to abandon their homes, uproot their families and leave their businesses behind to seek survival elsewhere. He said that the situation might be further aggravated as a consequence of the Ukrainian government's decision that by December 1, all state institutions and enterprises in the territory controlled by the armed groups would be relocated and banking services suspended. "Over the last days, my civil society interlocutors expressed strong concerns about the potential adverse effects of these measures on the population in the East... The effect of the decree may have far-reaching negative humanitarian consequences," he said.

In this regard, he said he was particularly worried about the fate of those in retirement homes, in clinics and hospitals, orphanages and prisons, who may remain without any of the necessary services and medical supplies.