At least 167 injured, many killed near Debaltseve 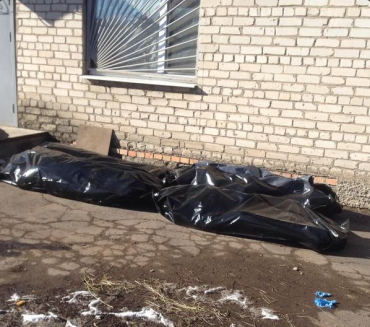 Commander of the Donbas battalion, MP Semen Semenchenko reported that 167 Ukrainian soldiers have been injured near Debaltseve.

"By now, 167 injured have been moved to Artemivsk. Many of those dead were not removed. I do not know the total number. The Ukrainian Armed Forces, the National Guard, police, volunteers," he said on his Facebook page Wednesday.

Kyiv will issue an official report on the situation in Debaltseve, Donetsk region, after ongoing operation there is completed, Andriy Lysenko, spokesman for the counterterrorism operation said.

When asked at a Wednesday briefing in Kyiv on the number of people killed, injured, or captured in Debaltseve, Lysenko said: "As long as the operation is underway, there will be no information. We are not receiving it." "Ukrainian servicemen are withdrawing with the weapons issued to them, and anything that can't be taken is being destroyed, so that the enemy can't use it against us," said the spokesman.

A total of 556 servicemen of the Ukrainian Armed Forces and 12 members of other military units were hospitalized in Ukrainian Defence Ministry hospitals and medical establishments as of Wednesday morning, Vladyslav Selezniov, acting spokesman for the Ukrainian General Staff, reported.

According to Selezniov, 25 of them are in serious condition. "Twenty-seven servicemen are receiving treatment abroad, including Lithuania, Germany, Israel, the U.S., Latvia, the UK and Estonia," he said.