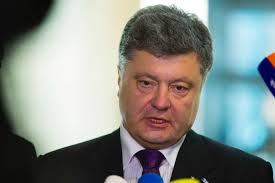 Ukrainian President Petro Poroshenko has promised to make every effort to ensure that a coalition government is formed as soon as possible.

He said this at a joint press conference with Lithuanian President Dalia Grybauskaite in Kyiv on Monday, a Ukrinform correspondent reported.

"The president should not interfere in the process of signing a coalition agreement. This is exclusively the competence of parliamentary factions, but, of course, I'm doing everything I can to speed up this process," he said.

Poroshenko said that the coalition agreement signed was last week and now there was every reason to hope that this the first session of the newly elected parliament will take place this week.

"The coalition agreement should be not only initialed, but also signed this week. I really expect that parliamentary factions will manage to form their proposals regarding the formation of the government this week. We have no grounds to waste time," he said.

Poroshenko said that the new government must be pro-European. "I think that knowledge of English, German or French is highly desirable, if not essential, for a European government," he concluded.