Putin prepares the invasion of Ukraine 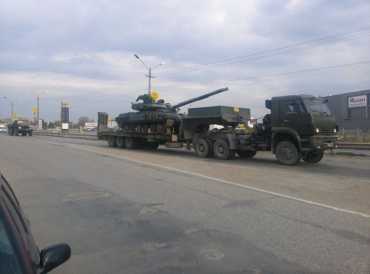 "We sent a note yesterday, the Ukrainian Foreign Ministry informing about our intention to prepare the next convoy carrying humanitarian supplies - made a detailed list of items and quantities of the goods, which are scheduled to be sent, and expressed hope for cooperation with the Ukrainian authorities to align all the necessary formalities," - Lavrov said.

He said that Russia hopes that it will take, with the "light of experience," a short time.

"We want to agree on the terms of delivery of the second convoy on the same route in the same parameters with the participation of Ukrainian border guards and customs officers in the near future. At least we are convinced that it should be done this week "- curled Lavrov.

However, he said that a similar note sent to the International Committee of the Red Cross with an invitation to take part in this work.

He said that Russia hopes that "artificial delays," as it was with the first convoy will not.

Lavrov said that Russia is ready to use contacts with the "militias" that they confirmed the security guarantees delivery to the conflict zone Ukrainian humanitarian goods.