A brutal attack has been launched against national minorities in Ukraine 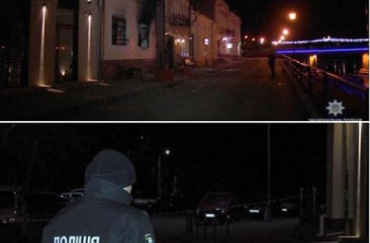 “The Ukrainian Government has set itself two nationalist goals: one is to prevent minorities from studying in their native language, and the other is to prevent them from speaking their own language”, Minister of Foreign Affairs and Trade Péter Szijjártó declared on Thursday in Budapest.

At a press conference on another topic, in reply to a question from Hungarian news agency MTI the Minister was reacting to the fact that Ukraine’s Constitutional Court has ruled that legislation that enables minorities in a region to use their own language if their proportion of the region’s population exceeds 10 percent is unconstitutional.

“Anyone who has so far disputed the fact that national minorities have indeed been targeted in Ukraine has now received the answer to their question”, the Minister said. A “brutal attack” has been launched against national minorities in Ukraine, and the series of measures that began with the Education Act, then continued with the attacks against the headquarters of the Transcarpathian Hungarian Cultural Association, and which are now culminating in the repealing of the Language Act that gave minorities the right to use their own native language, is no coincidence, he said. According to Mr. Szijjártó, what is happening in Ukraine could not happen in a country that is governed by the rule of law.

“While Ukraine is expecting the countries of Europe to show it solidarity, it is stabbing them in the back with brutal measures aimed at national minorities”, the Foreign Minister added.

“There are currently three language acts before the Ukrainian Parliament, and all three of them are much worse than the one which the Constitutional Court repealed on Wednesday. Until now, the lower limit for the use of native languages by minorities was 10 percent of the population; according to current plans the new limit will be 33 percent”, he stressed.

According to the Hungarian Foreign Minister, recent developments in Ukraine with relation to national minorities reinforce Hungary’s position according to which it will not be supporting Ukraine’s Euro-Atlantic integration aspirations until the rights of minorities are duly restored. “Ukraine cannot be taken seriously as a country that truly wants to forge closer links to the EU and NATO”, he added.