Fly-Tipping is a Serious Offence, Especially in The UK 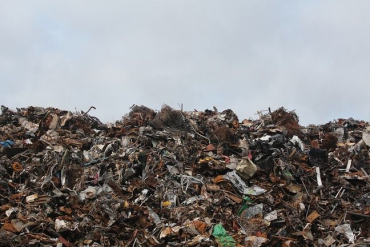 Fly-tipping is an inevitable practice that people encounter on a daily basis. You will find scattered rubbish on every road that you pass either on your way to work or even to school. Yet this practice continues to progress alarmingly even though people are aware of its consequences not forgetting the hazard it causes on the environment.

Illegal dumping of rubbish is a serious offence, especially in the United Kingdom. This is because it leads to penalty charges or jail time. If you are caught with fly-tipping charges you will pay a maximum of £ 50,000 fine, which clearly is not a small amount. If not so, you will face prison time for almost a year. These are the minimum charges that a person can get if the Magistrates’ Court rules against you.

On the other hand, the Crown Court offers extensive penalties to fly-tipping practice. You might face a minimum jail time of five years or pay a heavy fine of unlimited amount. Yes, this is how serious illegal waste disposal practice is in the United Kingdom.

As much as we would like illegal rubbish dumping to stop, only a few people face charges of fly-tipping practices. Despite the penalties being on the extreme end, this awful habit continues to progress. It is very unfortunate that the people who practice this habit are aware of its environmental hazard not forgetting the penalty charges it carries if one is caught.

Fly-tipping habit continues to progress since the people responsible for the practice are hardly caught. This has led to some people proposing the penalty charges to be increased. Others claim that more people should be charged with serious crime. However, the decision has led to extensive use of the money that can be otherwise spent preventing other illegal undertakings.

For instance, the members of the council in Walsall spent £ 426,000 to minimize the fly-tipping practices. This led to more loss than gain on their part because they were unable to prosecute more people with the offence.

In addition, fly-tipping practice has more loss than gain. This is because the amount of time and effort the local council will use to find the offenders is huge. There is also an amount of money they will incur to pay investigators not forgetting the amount they will spend on the rubbish removal services.

As we all know fly-tipping practice causes environmental hazards. According to a study by Frank Rubbish Removal, the littered areas look more like a slum. Others claim that the scattered rubbish makes the area look uninviting to the people.

Frank Rubbish Removal study further indicates that the majority of people were willing to pay more tax to the council if it meant minimal fly-tipping practice. Others were willing to incur more expenses for private rubbish removal in their areas.

As much as fly-tipping practice is disgusting and degrading, the practice will not end soon. It will take a lot of time, money and extra effort from the people as well as the local council to make it happen. Nothing good comes easily.