Hungary’s gas supply is also assured for next year 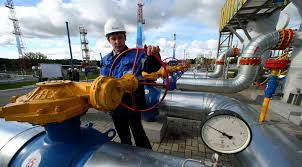 “Hungary’s gas supply will also be assured for next year if no agreement on gas transit comes about between Moscow and Kiev before the end of this year, in addition to which the planning and cooperation required for assuring a long-term domestic supply has also begun”, Minister of Foreign Affairs and Trade Péter Szijjártó said in a statement to Hungarian news agency MTI on Thursday following talks with CEO of Gazprom Alexei Miller.

“The issue of energy security has also received a geopolitical tone in view of the fact that the transit agreement between Russian and Ukraine will expire at the end of this year and no new contract has been signed as yet. Meaning that a situation could easily come about in which Russia will no longer be shipping gas to the European continent via Ukraine. We must prepare for this scenario, because we must always take into account the worst possible scenario when planning the security of the country’s energy supply”, the Minister said.

“Today, the Gazprom CEO and I concluded an agreement on the fact that Gazprom will be assuring Hungary’s natural gas supply irrespective of whether a transit agreement comes about between Russia and Ukraine with relation to the future”, he added.

The Minister explained that Hungary will be able to purchase some of the natural gas required for public and industrial consumption via Austria, as it did this year, in addition to which Hungary’s storage reservoir capacities, which are unique within the Central European region, must also be exploited.

He pointed out that Hungary has at its disposal 6.3 billion cubic metres of reservoir capacity.

“It has only now become truly obvious how good a decision it was to construct these storage capacities, because we can store enough natural gas in these reservoirs this year to assure that there is enough available to supply Hungary with natural gas next year”, he emphasised.

The Minister also told the press that an agreement has been reached with Gazprom on the fact that Hungary will already be purchasing the natural gas to be stored in the interests of providing next year’s supply this year, and the company will ship the required quantity. “This means that at the close of this year we can be sure that the security of Hungary’s natural gas supply for next year has been secured and is available”, Mr. Szijjártó said.

He also spoke about the fact that the Hungarian Government is counting on another southerly transport route in the interests of assuring a long-term supply. He pointed out that Gazprom is working in cooperation with Bulgarian and Serbia to enable the gas arriving via the Turkish Stream gas pipeline can also reach Hungary and Austria. “Hungary will realise the minimal infrastructure projects required for this in such a way that the physical opportunity for the use of the new route will already be available at the beginning of next year”, he said.