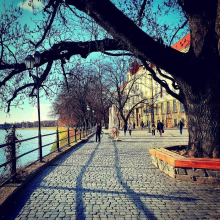 Die - not to lose

Dear Sirs Readers Many people read my blogs and watch the final result. Many may think I'm crazy. Neither I make excuses to you, and you do not judge my actions. Do not discount that many will understand me. Ukrainian flawed system, the so-called power, robbed me of my life, health, honor, dignity and reputation, I lost everything and is now a beggar. Ukrainian authorities have not and can not be taken away from me, the most valuable, morality and ethics, which leaves me in a human form. With this little introduction, the reader will understand that I have nothing to lose and only remains to ensure that all is as one officials (judges, prosecutors and police) answered before the law and the people, for all the crimes against justice and against innocent people. Breaking the people faith in law and justice, breaking the human destiny and family. In short, God has made me to war against the devil and every way of helping me with this. In addition to the business wants to shed some light to humanity: how many people life has broken the Ukrainian government, trying to show people in what not guilty "Gongadze killers' all understand and know what was going. I am confident that my work will end a violent death, which he tried to teach at any angle, but not in truth. I declare! The motive of my death is the only answer to my work against the Ukrainian gangster government. I have a goal and suicide does not find its place as a profitable, Ukrainian gangsters, version. Dear people, if you consider yourself to individuals - do not let the authorities, themselves hurt and humiliate. Remember the words of Guy Fawkes, the most worthy Englishman ... people should not be afraid of the authorities, and the government should be afraid of their people ... I urge all people who are disgusted with the treacherous policy of any government, to unite and not to oppose any legitimate anti-moral, anti moral manifestations of mad power. If you want something to change, start with yourself. Our Saviour himself, and near you a thousand saved. You have people to stay with them. With love and respect Vladlen Carrington