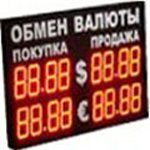 (Reuters) - The euro dropped against the dollar for the first time in three days on Wednesday, moving closer to its 16-month low after Fitch ratings agency warned of dire consequences for the currency if the European Central Bank does not take more action.

The ECB should ramp up its buying of troubled euro-zone debt to support Italy and prevent a "cataclysmic" collapse of the euro, David Riley, the head of sovereign ratings for Fitch, said.

With investors wary before a ECB meeting and Spanish and Italian debt sales later in the week, the comments helped drive the euro lower.

The euro came close to a 16-month trough of $1.2666 set on Monday but jumped to around $1.2730 after German Chancellor Angela Merkel said Germany would be prepared to pay more capital into the European Stability Mechanism fund when it is launched later this year.

The bounce did not last, and in early New York the euro was about where it traded before Merkel's comments at $1.2692, down 0.6 percent on the day.

If there are problems with the debt auctions, the euro could reach its 16-month low and then potentially head toward $1.26 followed by $1.2550, he said.

"The market is so short euros that it could bounce on short covering if the sales fare well, but that will likely not last because it does not alter the euro's broader negative outlook."

The worst is yet to come in the euro zone's debt crisis, but the currency union will survive 2012 intact, according to a Reuters poll of economists, who say France will probably lose its top-notch credit rating.

While just nine out of the poll's 64 economists said the bloc had turned the corner on a sovereign debt crisis, only 10 said the euro zone would not survive the year in its current form. The rest were reasonably confident it would.....