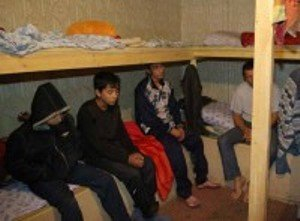 The far right is on the rise across Europe as a new generation of young, web-based supporters embrace hardline nationalist and anti-immigrant groups, a study has revealed ahead of a meeting of politicians and academics in Brussels to examine the phenomenon.
Research by the British thinktank Demos for the first time examines attitudes among supporters of the far right online. Using advertisements on Facebook group pages, they persuaded more than 10,000 followers of 14 parties and street organisations in 11 countries to fill in detailed questionnaires.
The study reveals a continent-wide spread of hardline nationalist sentiment among the young, mainly men. Deeply cynical about their own governments and the EU, their generalised fear about the future is focused on cultural identity, with immigration – particularly a perceived spread of Islamic influence – a concern.

"We're at a crossroads in European history," said Emine Bozkurt, a Dutch MEP who heads the anti-racism lobby at the European parliament. "In five years' time we will either see an increase in the forces of hatred and division in society, including ultra-nationalism, xenophobia, Islamophobia and antisemitism, or we will be able to fight this horrific tendency."
Data in the study was mainly collected in July and August, before the worsening of the eurozone crisis. The report highlights the prevalence of anti-immigrant feeling, especially suspicion of Muslims. "As antisemitism was a unifying factor for far-right parties in the 1910s, 20s and 30s, Islamophobia has become the unifying factor in the early decades of the 21st century," said Thomas Klau from the European Council on Foreign Relations, who will speak at Monday's conference.
While the poll shows economics playing a minimal role, analysts believe the eurozone crisis is likely to boost recruitment to anti-EU populist parties which are keen to play up national divisions. "Why do the Austrians, as well as the Germans or the Dutch, constantly have to pay for the bottomless pit of the southern European countries?" asked Heinz-Christian Strache, head of the Freedom Party of Austria, once led by the late Jörg Haider. Such parties have well over doubled their MPs around western Europe in a decade. "What we have seen over the past five years is the emergence of parties in countries which were traditionally seen as immune to the trend – the Sweden Democrats, the True Finns, the resurgence of support for the radical right in the Netherlands, and our own experience with the EDL," said Goodwin.

The phenomenon was now far beyond a mere protest vote, he said, with many supporters expressing worries about national identity thus far largely ignored by mainstream parties.

Gavan Titley, an expert on the politics of racism in Europe and co-author of the recent book The Crises of Multiculturalism, said these mainstream politicians had another responsibility for the rise of the new groups, by too readily adopting casual Islamophobia.
"Racist strategies constantly adapt to political conditions, and seek new sets of values, language and arguments to make claims to political legitimacy. Over the past decade, Muslim populations around Europe, whatever their backgrounds, have been represented as the enemy within or at least as legitimately under suspicion. It is this very mainstream political repertoire that newer movements have appropriated."