Malaysian airliner was shot down by modern surface-to-air missile 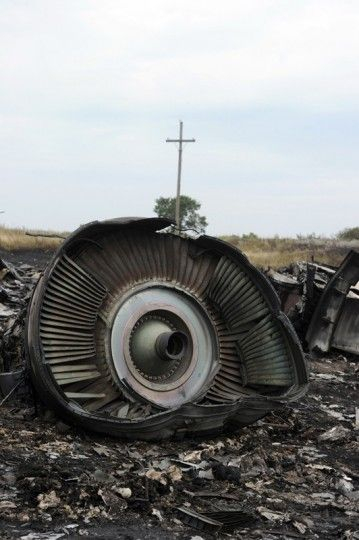 The United Nations has information that the Malaysian airliner shot down over Ukraine on Thursday was hit by a modern surface-to-air missile, United Nations Under-Secretary General Jeffrey Feltman has reported.

During the UN Security Council sitting today, he said that the UN had "no independent verification" of the cause of the crash, but there was "credible" evidence of an "apparent deliberate downing" of a civil aircraft by a modern surface-to-air missile. Feltman said there was a need for a "full and transparent" investigation and that the UN's ICAO division had offered its investigative capacity to put together an international team. According to him, this accident is a reminder of how serious the situation in Ukraine is becoming.

The Malaysian Boeing shot down in eastern Ukraine was flying above the no-fly zone declared by Ukraine, an aviation source told Interfax-Ukraine on Friday.

"The Ukrainian authorities did declare the area above Luhansk and Donetsk regions a no-fly zone. But the altitude of 33,000 feet is above the no-fly zone level," the source said, adding that all air routes in Ukraine's east would remain closed until further notice from EUROCONTROL. "Since the crash, the Ukrainian authorities have informed EUROCONTROL of the closure of routes from the ground to unlimited in Eastern Ukraine. All flight plans that are filed using these routes are now being rejected by EUROCONTROL. The European Aviation Crisis Coordination Cell is being activated to coordinate the response to the impact of the airspace closure," EUROCONTROL said.

The U.S. intelligence agencies have evidence that the Malaysian aircraft downed in Ukraine was struck by a ground-to-air missile, Wall Street Journal online publication said, referring to a U.S. official.

Defense analyst at London-based IHS Jane's Military & Security Assessments Intelligence Centre, Nick de Larrinaga said the shoulder-fired missiles typically used by separatist rebels in eastern Ukraine would not be able to hit a passenger aircraft flying at normal cruising altitude. Such weapons have shot down several Ukrainian helicopters and aircraft. He said a commercial aircraft would, however, have been in range of surface-to-air missile systems such as the Buk or alternatively the Russian-made S-300. "Both Russia and Ukraine have such SAM systems in their inventories," the expert said. Besides, he said that the reports about civil plane crash in the flashpoint of combat actions in Ukraine are very alarming. However, it is too early to make conclusions about who is responsible for the tragedy yet. As reported, illegal armed groups are known to have had Buk surface-to-air missile systems, and one of them was seen in the center of the town of Snizhne, Donetsk region, near which the Malaysia Airlines Boeing 777 fell. Representatives of illegal armed groups had previously confirmed that they had Buk anti-aircraft missile systems, which are capable of hitting aerial targets at high altitude. The Security Service of Ukraine on Thursday released phone intercepts of conversations between illegal armed units, in which one of them reported that the rebels had shot down a passenger plane.

Experts from the Organization for Security and Co-operation in Europe (OSCE) and Ukrainian specialists have been given access to the crash site of the Boeing 777 jet in the Donetsk region, leader of the self-proclaimed Donetsk People's Republic told reporters on Friday.

He said there is no agreement yet on the arrival of the victims' relatives. "This matter is being discussed at a video conference with the contact group," he said.

The intergovernmental commission investigating the crash of the Malaysian Boeing 777 jet in eastern Ukraine envisages the involvement of as many international experts as possible, Ministers of the Cabinet of Ministers Ostap Semerak said at a briefing on Friday.

"The government has invited representatives from the Malaysian airline, the Boeing manufacturer, the airport of departure of the crashed plane, air traffic control organizations and so on to take part in the commission's work," Semerak said.