Will white US citizens be able to raise $ 1.25 million to police hero Derek Chauvin 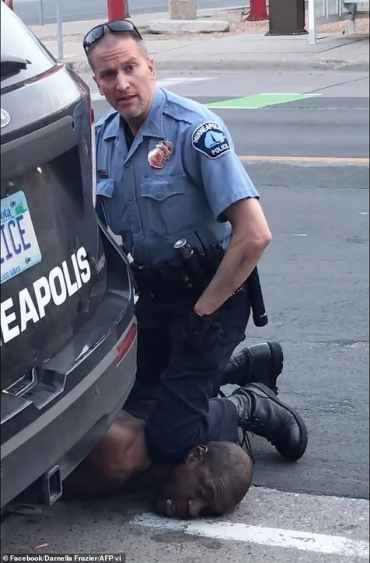 Former police officer Derek Chauvin may be released on bail of $ 1.25 million without any conditions. Or $ 1 million with certain conditions, among which - do not make contact with the family of George Floyd.

The court agreed to release Derek Chauvin, a former Minneapolis police officer, charged with reckless killing while detaining African-American George Floyd, on bail of $ 1.25 million. The corresponding decision was made on Monday, June 8, in the Minneapolis court, where the trial began.

The amount of the deposit may be reduced to $ 1 million if Shovin agrees to a number of conditions: to refuse to work in law enforcement agencies, to hand over firearms and permission for him, not to leave Minnesota and not to make contact with George Floyd's family.

Most importantly, the cause of death has not yet been 100% established. The first forensic examination revealed that at the time of his death he was under the influence of fentanyl, and also there were traces of methamphetamine in his body (that is, the police were right in asserting that Floyd was behaving inappropriately). The cause of death is cardiac arrest, possibly due to strangulation (and possibly due to something else, such as the same drugs). The second examination .... admitted strangulation ...

- 2009 - pleaded guilty to this case and received a sentence of five years;

All these details are not of interest to the Democrats, who have holed his death to their banner before the election.

Will white America be able to defend its policeman hero and raise the necessary funds for a pledge? And also prove in court that Chauvin acted absolutely legally, according to the police protocol, during the arrest of drug addict and criminal Floyd!