Natural disasters have begun to occur in Ukraine with increasing frequency 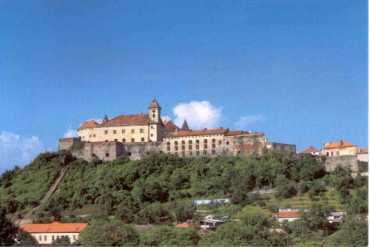 After dangerous floods in Transcarpathia, storms and tornados have also come their way. Information about the number of people killed by lightning is more frequent in different parts of our country. Until recently, we only heard of such disasters occurring on the other side of the Atlantic.

The mass media explained then that all natural disasters were due to several South American cities that served like “pans” for whirling and revolving tornados… And what are the causes of natural disasters, which are becoming more frequent in our country? Not waiting for the scientists’ explanations, people say – this is our fault since we cut down too many trees.

Not long ago, Minister of Environmental Protection of Ukraine Heorhiy Philipchuk stated that constant forest clearing represents a serious danger to nature. Incidentally, during the field collegium in Lviv this month, the State Committee on the Forestry examined a question on conversion to a new system of forestry.

ZN journalist visited this collegium and asked its participants the following question: — To what extent are natural disasters in Ukraine connected with regular cutting of our forests? Vasyl PARPAN, Doctor of biology, Professor, Director of the Ukrainian Research Institute of Mountain Forestry (Ivano-Pharkovsk): All elements and systems are interconnected in nature. People shouldn’t act irresponsibly since any careless step might lead to terrible results. We often hear the question: are those storms and floods in Western Ukraine a consequence of a too intensive forest clearing in Ukraine? We have been conducting research on this for more than 30 years. Our scientists’ studies confirm the fact that the influence of forest clearing on ecology and hydrology is essential.

At the field collegium of the State Committee on the Forestry, a new approach to silviculture, very close to natural forestry, and a new forest clearing technology were presented. According to the studies, exactly this technology has a minimal influence on the environment. There were two floods in Transcarpathia – in 1999 and in 2001. It is possible to clearly define natural and manmade causes of these floods. The natural factor was dominating since an entire month’s worth of precipitation fell in one day. Even a very thick forest wouldn’t be able to regulate that amount of precipitation. Bohdan MATOLYCH, head of the State board of environmental protection in Lviv region: — Although Lviv is considered to be a forest region of Ukraine, the question of expanding forests is a critical one. There are 12.5 thousand hectares of deserted land where chemical and mining enterprises used to be some time ago.

A number of those enterprises were bankrupted and dissolved, and their land is still uncultivated. Additionally, we have got about 3.5 thousand hectares of eroded land as a result of poor farming. Certainly, this land must be planted with trees. Incidentally, we prepare an annual report on the ecological situation in the region. This report is a basis for analysis of the environmental situation in the entire country. In this context, we are worried with the fact that during this year, atmospheric pollution in the region has considerably increased – by 25 thousand tons.

This has happened not because of permanent polluters (plants, factories and boilers) but due to increased transport emissions. This is the influence of two new Euro corridors in the region. The region’s infrastructure has improved but pollution figures have grown sharply. That’s why it is necessary to create a strict system of ecological controls in the region, organize ecologic checkpoints to measure the exhaust of automobiles crossing our border. Thus, we are more concerned about increased transport through the region than with the situation in forests. Anatoliy DEYNEKA, head of the Lviv regional administration of forestry and hunting — I agree that forest clearing is an important issue.

Sometimes this matter takes on a planetary significance like in Brazil, where they deforest millions of hectares of land. However, the situation in Ukraine is completely different. We create more forests than are cut down. The percentage of forest land in our country is growing every year while we use less than half of existing forests.

Meanwhile in Europe, it is considered to be normal when 60-80% of land is used. Analyzing the situation with our forests, I would like to note: our forests are not worse than in Europe. Yes, we are poorer than Europe, we need modern equipment and it is necessary to modernize our logging industry.

However, we know our problems and have already defined the ways to resolve them. I think that in several years, we will use a sparing system of selective tree cutting in the Carpathians, i.e. we will manage forests according to the principals close to natural forestry. Information The total area of forest land in Ukraine is 10.8 million hectares, 9.5 hectares of which are covered with trees. This is 15.7% of the country’s territory. During the last 50 years, the percentage of forest land has increased by 1.5 times and timber – by 2.5 times (to 1.8 billion cubic meters of timber). The average annual growth of trees in forests is 4.0 cubic meters per 1 hectare, varying from 5.0 cubic meters per 1 hectare in the Carpathians to 2.5 cubic meters per 1 hectare in the plains. By 2015, the area of the forest lands might increase by 1 million hectares and total timber supply will constitute about 2.0 billion cubic meters. More than 30 kinds of trees are growing in Ukrainian forests.

Coniferous woods occupy 42% of the total area of the forests and broad-leaved trees – 43% including oak and beech, which account for 32%. The average age of trees is more than 55 years; a gradual aging is currently taking place. Half of the forests in Ukraine are artificially created and thus require intensive care.