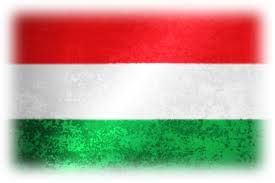 Hungary expects Ukraine to explain recent questioning of ethnic Hungarians by its security service in connection with their applications for Hungarian citizenship, the deputy prime minister told reporters in Parliament on Wednesday.

Zsolt Semjen, who is in charge of the policy of the nation, noted recent reports by the Hungarian Cultural Association of Transcarpathia (KMKSZ) and Hungarians themselves that the Ukrainian State Security Service (SBU) had questioned them about their application for Hungarian citizenship, the nature of their relations with Hungary and whether they had contacted the Hungarian consulate in Ukraine.

Semjen said the KMKSZ had already appealed in a public letter to President Viktor Yanukovych protesting against the SBU's conduct, calling on the president to put a halt to the service's unlawful act.

Hungary insists the rights of Hungarians being observed in Ukraine, he said.

Semjen underlined that Hungary will not release any information concerning Hungarian citizenship applications to any other state.

A new law effective of January 1 this year allows Hungarians living abroad to obtain citizenship under a simplified procedure.

By the end of April, around 70,000 Hungarians from the diaspora had submitted applications.