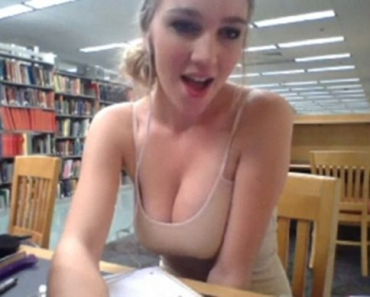 Within several days, a 17-minute pornographic video that police say was filmed in the Valley Library at Oregon State University had 262,000 online views. On Tuesday, Oregon State Police arrested a former OSU student who they say filmed the video of herself in public, and cited her with a charge of public indecency.

Oregon State Police, part of the Department of Public Safety on campus, cited and released 19-year-old Kendra Sunderland, a former OSU student for her behavior in the Valley Library. The University says Sunderland did not enroll for classes this term.

On Wednesday, KEZI 9 News spoke with students and the OSU administration; both parties arguing that the young woman’s actions do not reflect the University they are proud to be a part of.

It is not clear what the purpose of Sunderland’s video was – or that she even intended it to appear on PornHub.com. The 17-minute video has since been removed, but it is still getting attention across the OSU campus under a negative spotlight.

“It’s the buzz around campus,” said OSU student Clifford Harris. “Everyone is talking about it. And I don’t think it was a very appropriate thing to do.”

Students say they heard about the video on social media: Facebook, Twitter, and the Yik Yak phone app.

“My friend sent me a text about it,” said student Rich Rogers. “At first I thought it was a joke. And then all of a sudden it was like, oh no, it’s real. After I realized it was real, I was more shocked that it happened. That kind of stuff you do in private and not in public. Ever.”

Other students question the security of the library.

“I was surprised someone was in our library doing that,” said student Shelby Wilson. “I feel like it’s always packed. I don’t know how anyone could get away with it.”

Oregon State University says it has security officers patrolling the campus, but the huge library makes it impossible to watch every corner at every moment.

However, Clark says the University’s number one priority is safety.

“The University does not condone this type of behavior,” he said. “We want our students to feel safe. And we want to encourage anyone on campus – even the public – to contact police immediately if they see anything unusual on campus. Call 911 if it’s an emergency.”

Clark says anyone on campus can always call the Department of Public Safety as well. The phone number is (541) 737-7000.