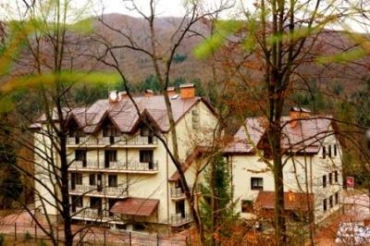 Kyiv-based Reikartz Hotel Management, which operates a hotel chain under the Reikartz Hotels&Resorts brand, will open three new hotels in Ukraine this year- in Dnipropetrovsk, Pochayiv (Ternopil region), and Lviv, thus bringing the overall number of the chain's hotels to nine with 600 rooms in total.

As reported, Reikartz Hotel Management is intending to expand its three- and four-star hotel chain to 20-25 hotels in Ukraine by 2015. Investment into the chain's expansion in 2009 and 2010 will exceed $20 million.

Reikartz was created in 2003 by three Belgian architects to invest into the purchase and reconstruction of a house in Drukarska Street in Lviv and to sell it for housing.

In 2007, the building was bought by Estonian investors and the development of the Reikartz hotel chain started. Francois Ryckaerts is a member of the company's board of directors.