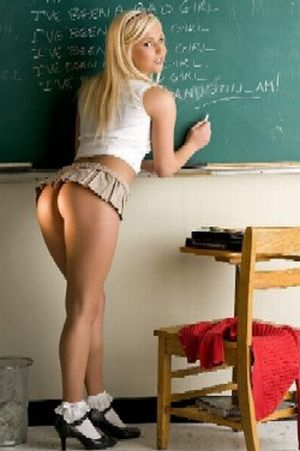 The Key to These Nations’ Self-Determination Lies in the Aspects of the Historic Past They Chose to Remember.

The last few years’ developments in the former Soviet Union fascinated the specialist and puzzled the layman: why have Europe’s two largest countries, Ukraine and Russia, developed in such different ways? Despite these nations’ similar Eastern Slavic Orthodox cultures and intertwined histories, Russia has returned to authoritarianism, while Ukraine is still on the bumpy road toward democracy.

The answers to this question have often been based on the particular circumstances of Ukraine’s and Russia’s transformations since 1990. The Ukrainian nation’s division into two regional and political cultures created numerous problems, but also had the effect of supporting pluralism. The stalemate between the historically distinct regions of pro-Western Galicia, Transcarpathia, Volhynia and Bukovina, on the one side, and of the pro-Russian Eastern and Southern Ukraine on the other meant that the country’s political landscape has become, as Lucan Way put it, “pluralistic by default.”

Post-Soviet Russia, in contrast, is culturally more homogeneous. Often seen as a multi-national country, the Russian Federation’s population is, in fact, 80 percent ethnically Russian, and there is little cultural-regional differentiation. The remaining 20 percent are split among small nationalities and diasporas, who play an important role in Russia’s self-definition as a poly-ethnic state but do not represent a consolidated political force exerting direct influence on Moscow’s foreign and domestic policies.

While these explanations are valid, they do not fully answer the question of why Ukraine is, so far, the only 1922 Soviet-founding republic on a way toward a consolidated democracy. Additional explanations can be found in Ukraine’s history, or rather in Kiev’s historical mythology.

First and foremost, Ukraine’s centuries-old struggle for political autonomy and independence from foreign dominance – Mongol, Muscovite, Polish, Lithuanian, Ottoman, Austro-Hungarian and Soviet – is the guiding idea of Ukrainian historiography. The preservation of sovereignty is supported by the most relevant decision-makers and intellectuals. Ukraine can be seen as a post-colonial country where liberationist nationalism supports rather than counteracts democratic tendencies. Moreover, identity politics in contemporary Ukraine more often than not refer to pre-Soviet proto-democratic experiences, seen as constitutive for the Ukrainian nation and demonstrating its “embeddedness” in Europe.

Thus, the idea of democratic rule is traced back to the era of Kievan Rus from the 9th to the 12th century, considered the Golden Age in Ukrainian pre-national statehood. Kievan Rus is seen as a state having grass-roots democracy in local assemblies (“vicha”), developing the relatively sophisticated legal code of “Ruska Pravda” and making tentative attempts to establish an elective monarchy. With the rise of the Cossack Hetmanate in the 16th century, there emerged another Ukrainian proto-state, playing an important role in contemporary national identity. The Cossacks formed, along the Dnepr riverbank, a military republic with a male assembly – the Rada – that chose its Hetman, a military leader, by election. The Cossacks’ love of freedom and semi-democratic style of governance continues to influence Ukrainian self-image to this day.

Even more important than the actual course of history is the fact that these (and some other trends) inform historical myths which, in turn, presently define national identity. Ukrainians see themselves as having a tradition of individualism and love of freedom, and their country as always having been diverse, lacking strong rule, and even ungovernable.

This is different from the historiography and auto-stereotypes that dominate Russia today. To be sure, Muscovite history has a number of proto-democratic tendencies as well. Russia can also lay claim to the heritage of the Kievan Rus and the Cossack self-rule. Moreover, in the middle ages, the famous city states of Novgorod and Pskov featured a collective ruling organ representing the nobility (“veche”), elections of executive power holders, as well as rudimentary checks and balances. Later, the “Zemsky Sobor” elected the first Romanov tsar Mikhail. In 1891, his descendant Alexander II started the so-called Great Reforms.

While these facts are, of course, well-known in Russia, they play a relatively minor role in Russian national mythology and shaping the nation’s self-perception. Instead, affirmative assessments of figures like Alexander Nevsky or Peter the Great, and, partly, of Ivan the Terrible and Josef Stalin, dominate popular historical memory. These men were successful military leaders and often modernizers of sorts. Yet, they also concentrated power and did not tolerate checks on their prerogatives. Even the most pro-Western among Russia’s tsars, Peter the Great, played an ambivalent role in Russian history: the modernized state that Peter left was also highly centralized, if not proto-totalitarian.

In a way, Vladimir Putin’s meteoric rise can be explained against this backdrop. Although a lucky rather than great leader, the current Russian prime minister seems to fit the image of a new Peter the Great– an authoritarian yet (seemingly) effective modernizer.

It is not so much the glorious history of the Russian people and their many geniuses - more often than not, harassed by their government - that defines the Russians’ view of their fatherland’s history. Instead, Russia’s imperial legacy of military might, territorial expansion and victories in wars is what many Russians feel makes them unique. Most Ukrainians see the Dnepr Cossack republic not as a militaristic order (which it was in some ways), but as a stronghold of freedom. Kiev’s elite welcomed the break-up of the Soviet Union with a sigh of relief. In contrast, the Russians’ deep frustration about the loss of their empire and super-power status in 1989 to 1991 has led some observers to speak of a “Weimar syndrome” and to compare post-Soviet Russia with pre-fascist Germany.

History is obviously not everything. As post-fascist Germany’s development shows, countries can change rapidly. However, as long as Russia and other post-Soviet republics stick to a national mythology that pays little attention to proto-democratic beginnings in their history, they will remain trapped in their authoritarian traditions. Ukraine provides an example of how a country can break with an unusable past and create a pluralistic polity drawing on appropriate (if, sometimes, idealized) precedents in its past.