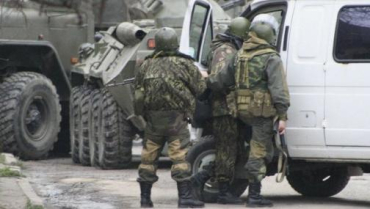 Ukrainian First Deputy Prime Minister Vitaliy Yarema has said there is no reason to declare a state of emergency in the country's eastern regions."There are no reasons today to introduce a state of emergency. The counter-terrorist operation has already reached its turning point," Yarema told reporters after a Ukrainian Cabinet of Ministers' meeting on May 27.

Militiamen in the southeast of Ukraine "have already realized that making the Ukrainian army angry is tantamount to being one's own enemy. They already had the chance to feel that during May 26 fighting at the Donetsk airport," he added.

Fierce armed clashes between the Ukrainian Armed Forces and local militants took place in the city of Sloviansk and nearby villages last night, a spokesman for the local militia informed."Three people were killed and scores were injured when two projectiles hit a section of a nine-storey apartment building last night.

"Strikes targeting this part of the city started at around 7:30 p.m. Five mines were launched in the direction of the Artem neighborhood, damaging residential buildings and a dormitory, where students were staying. Another mine damaged an apartment building located 200 meters from the church. The information available suggests that two people, a man and a woman, were killed in this building," according to the press release. Artem is Sloviansk's most densely populated neighborhood, where approximately 40,000 people live.