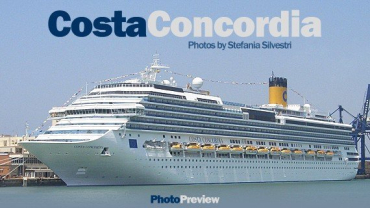 The Ukrainian embassy in Italy has helped to obtain hotel accommodation for 45 citizens of Ukraine from the Costa Concordia cruise ship that ran aground off Italy on January 13. A Big Dir

Oleksandr Dykusarov, the spokesman for the Foreign Affairs Ministry, announced this to Ukrainian News.

According to the embassy, these were all the Ukrainian citizens that were aboard the ship as of 17:00 on January 14.

"This information, of course, is still being verified because the search and rescue operations are still underway," said the Foreign Ministry spokesman.

Most of the Ukrainian citizens are checked into the Hilton hotel near the Fiumicino airport in Rome.

The remaining Ukrainian citizens were on their way to another hotel close to the airport as of 17:00.

Consular officers are working at the hotels (they have been instructed to provide maximum assistance to the Ukrainian citizens).

"Constant contact with them is being maintained with them. Most importantly, no one was not injured," said Dykusarov.

According to Italy's Department of Civil Protection, the Costa Concordia cruise liner ran aground during the night of January 13-14 after hitting a sandbar near the island of Giglio (Italy), opening a gash in its hull.

There were 4,229 passengers and crewmembers on board the ship.

Three people were killed and 20 were injured.