Victor Baloha: The government for a year can not bring to justice those responsible for the theft of 1.5 billion dollars 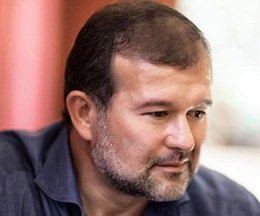 Our country is begging all over the world and is grateful when they give us 10-20 million dollars. And if they give 200, it is considered the success of our diplomacy and great joy. However, the state loses billions because of the unwillingness to put an end to criminal proceedings on theft of public funds. Namely, for a year now, they can not bring to justice those guilty of embezzling 1.5 billion dollars from China for grain supply. This was stated by the leader of the United Center, People's Deputy of Ukraine Victor Baloha.

It is about the agreement with the Export-Import Bank of China for 3 billion dollars, which was concluded by the State Food and Grain Corporation of Ukraine back in 2012. Half of the money was to go for the purchase of grain, and the rest - as an investment in our agricultural sector.

The politician said that in the end, people close to Yanukovych began plundering 1.5 billion dollars given by the Chinese for the grain.

He says that not a single person has been arrested for the theft of 1.5 billion, although the names have long been known. A year ago, on March 14, the politician wrote on this subject to the General Prosecutor Oleg Makhnitsky. In response, he received a letter that the proceedings had been initiated, the involvement of specific persons from the management of the public corporation was being checked.

"Since then, nobody has been arrested. Why? Maybe, because, by a strange coincidence, the person, who was heading the scheme under Yanukovych, is one of the key persons in the team of the current Prime Minister Yatsenyuk," - the politician said.

Baloha is convinced that if this person is detained, the society would receive answers to many questions.

Baloha sent an appeal to the new General Prosecutor. He can and should check the actions of the police and the Security Service, who deliberately - according to the MP - have been delaying the investigation for a year now. Otherwise, Ukraine will always be poor if we allow to plunder the budget with impunity.