Afghan family were walking on foot through Ukrainian-Slovakian border 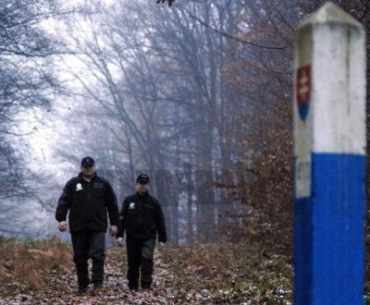 Afoot to Europe. In Transcarpathia border guards detained Afghan family with five under age children. They intended to cross illegally Ukrainian-Slovakian border. The family were detained.

The family of illegal migrants from Afghanistan were noticed by the border guards nearby Ukrainian-Slovakian border. They were accompanied by a local resident.

- We were promised in Afghanistan that we will go by car to Europe, if we need to go on foot so it will take maximum twenty minutes. We paid $60 thousand in order to get to Europe. On this purpose we sold our house and we have no place to return to. There is the pressure of Taliban and chaos in Afghanistan. Our relatives live in Germany and Holland. We wanted to go to them.

The wife of the field engineer worked as a doctor in Afghanistan. But constant fear of war made their family to flee the country.

The Afghan family was given a separate room with TV set and toys for children in Chop detention centre. According to the words of border guards, the family will stay here until they are identified as they did not have any documents.

Eduard Dudkevych, the head of Department on Work with Foreigners of Chop Border Detachment:

- Inquiry on the case will be instituted during 10 days. They will be either expelled from the territory of Ukraine or in case they apply for refugee status inUkraine– Migration Service will make decision on this status granting.

This year, Chop border guards detained five Afghan families with under age children. All of them addressed to Ukrainian Migration Service aiming at granting refugee status. This fact permitted them to avoid compulsory return to motherland and stay in Ukraine.