Congratulations to our readers on the holiday - Russian Language Day! 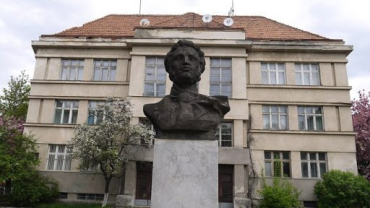 Congratulations to our readers on the holiday - Russian Language Day!

The decision to hold the Day of Russian Language as one of the official languages ​​of the UN was first made at a meeting of the Department of Public Information of the UN Secretariat on February 20, 2010, on the eve of International Mother Language Day, as part of the program for the development of multilingualism and the preservation of cultural diversity.

One of the goals of this program is to maintain the equality of all six official languages ​​of the UN (English, Arabic, Spanish, Chinese, Russian and French), as well as to increase awareness of the history and culture of each of the languages.

Russian is one of the largest languages ​​in the world. In terms of the number of speakers, the Russian language ranks sixth in the world (after English, Chinese, Hindi, Spanish and Arabic); in terms of prevalence - eighth place (after Chinese, Spanish, English, Arabic, Hindi, Bengali and Portuguese).