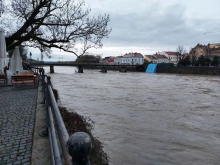 Dmytro Shymkiv: the COVID-19 pandemic showed that a thriving pharmaceutical industry enhances the security of the state 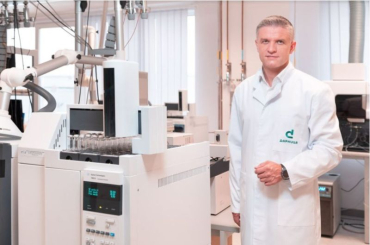 Dmytro Shymkiv, the chairman of the Darnitsa Groups Board of Directors, is convinced that having a thriving pharmaceutical industry strengthens the country economically- and security-wise. He mentioned the official data in support of his words. The pharmaceutical industry contributes up to 0.8% of GDP (Gross Domestic Product) of the Ukrainian economy. Taking into account retail will increase the figure to 10%. And in terms of added value, domestic pharmaceutics is the leader of economic growth as each employee in the industry creates about $1.2 million.

Covid-19 pandemic has seriously disrupted lives everywhere, no matter the industry, or the country. The restrictions implemented have hindered exports and production, wreaked havoc on an unprecedented scale. India and China, the largest exporters of medicines, redirected their efforts on curing their own citizens and cut the export of pharmaceutical substances. Ukraine appeared to be in a better position due to Darnitsa having sufficient reserves enabling it to satisfy the increased demand under the circumstances. This is the connection Shymkiv points at - the stronger the national pharmaceutics is, the safer the country is.

In hindsight, Dmytro Shymkiv acknowledges that 2020 was quite challenging. The hockey-stick of the demand curve in March 2020 was followed by the largest slump in April-May in the last 20 years. Certain circumstances have contributed to this: delayed operations, decrease in number of visits to doctors, lowered income of citizens. It’s necessary to note that the overall situation started to even out by the end of 2020. Moreover, the sales of antibiotics, analgesics, antithrombotic, and antiviral medicines have displayed a positive trend; the exports share has increased as many countries faced lack of affordable medicines. Compared to 2019, Darnitsa increased its export volumes by 140%.

Dmytro Shymkiv insists that Ukrainian pharmaceutics has huge potential. The annual growth over the past five years has been about 12%. Inevitably, in 2020 it reached only 4-6%. Nevertheless, the Darnitsa Group management considers it possible to show pre-covid performance numbers by the end of 2021. The assurance stems from implementation of new technologies in medicine production and the fact of entering international markets.