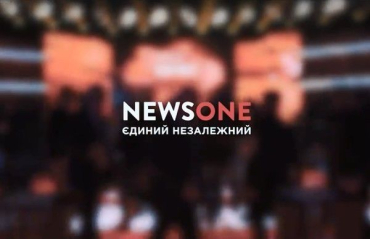 It is well known that respect for freedom of speech is one of the vital principles of democracy. More than 70% of people of Ukraine are yearning for peace. After recent political transition and change in political leadership we have found it possible to try making a contribution the the Dialogue. This context led to the idea to air non-political TV bridge "We need to talk" between NewsOne TV Channel and Russia Channel conceived of to be a platform for exchange of views and opinions between two families from Ukraine and Russian Federation respectively and aimed at establishing an open dialog between peoples of Ukraine and Russia. Live broadcasting of TV marathon was intended to involve private citizens of both states who had never questioned territorial integrity of Ukraine and to exclude participation of experts and politicians from both sides.

Nevertheless, NewsOne TV Channel and staff members are continuing to experience the pressure from state authorities. The Prosecutor General’s Office registered criminal probe into the attempted state treason by way of providing information support to activities against Ukraine. Within the framework of this case, NewsOne TV Channel staff members are being summoned by law enforcers and are interrogated. There was also launched the criminal investigation into the alleged financing of terrorism. Within this investigation producer general and talk show host of the Channel Vasyl Holovanov was summoned for interrogation. Apart from pressure from state authorities, TV Channel staff members are subject to receiving threats of physical violence and attacks.
We would like to stress that these events are yet another wave of attacks and pressure on the Channel and its staff. There have been other instances of such actions against the Channel before. In particular, on September 17, 2018 the group of radicals attacked Channel’s journalist Ruslan Kotsaba. The Ministry of Interior staff were standing nearby and did not intervene. The same situation happened that day with Channel’s correspondent Dariya Bilera who was beaten when reporting live in front of the Prosecutor General’s Office headquarters. In October 2018 Channel’s journalist Anastasiya Pshenichnaya was attacked by radicals when she was covering their activities in close proximity to Ministry of Interior headquarters. In 2018 unidentified persons wearing balaclavas blocked entrance to and exit from the Channel building, they were burning tires. There was no response from law enforcement personnel.

We would like to underline that Ukraine is witnessing the unprecedented full-scale infringements on media freedom. Unfortunately, censorship, repressions, assassinations and violent attacks against journalists and against media outlets have become widespread phenomena. And there has been no adequate response to the violence against journalists on the part of authorities. According to National Union of Journalists of Ukraine investigations are being conducted clumsily — 92% of crimes against journalists and mass media go unpunished.

In this respect we call on __ for solidarity with the protection of universal and fundamental right to freedom of speech. We would appreciate your support and kindly ask you to react to these encroachments on the fundamental rights.