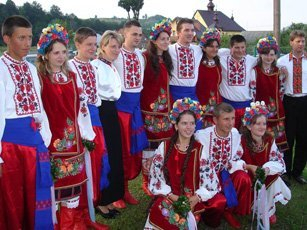 Doctrine adopted by the “[SOYM]” (Parliament) in 28 March 2008.
Approved for implementation by the outcome of the First World Congress of Subcarpathian Ruthenians in Pardubitse, Czech Republic

Annex 1
Pipelines passing through Republic of Subcarpathian Ruthenia are:

The total length of single filar gas lines of different diameters in exploitation is 603.1 km.

The total length of single stream pipelines of different diameters in exploitation is 453.5 km.

At other trunk gas pipelines, telemechanic system control of valves is absent at all.

Transcarpathian part of oil products line, a subsidiary of the company "Prikarpatzahidtrans“

Transcarpathian part of oil products line is a structural division of subsidiary company "Prikarpatzahidtrans” (Rovno), which is subordinate to the South-West management of trunk oil products lines in Samara, Russia.
Linear production of the trunk oil products pipeline"Rivne-Hungary" consists of tracks one (Uzhotsky pass-Perechin-Uzhgorod-Barkasovo-Janossy-Deyda-State Border)
Route 1A (Zarichevo-Turyanskaya Valley-Svalyava-Rossosh), and Highway 19 (Podvinogradovo-Priborzhavskoe-Shirokoe-Keretski-Kushnitsa-Rossosh) at this time is not used, inhibited (filled with technical water).

The total length of the route, which runs through the territory of Subcarpathian Ruthenia, is 332.0 km, 163.5 km of which is being exploited.

Ethylene pipeline “Kalush-West Border" is being exploited by management of trunk product lines Ltd. "Karpatnaftohim" of private company Lukor (Kalush, Ivano-Frankivsk district), which is in turn is owned by Ojsc Lukoil (Russia).
Its length in Subcarpathian Ruthenia is 124 km.
Ethylene pipeline is inhibited, filled with ethylene.
Telemechanic system of ethylene lines is not working.

There are 2 branches of trunk oil pipeline "Druzhba" in the territory of Subcarpathian Ruthenia, 235 km of total length, 700 mm and 500 mm in diameter, which supply oil to Slovakia and Hungary.
Telemechanic system control of valves is there.