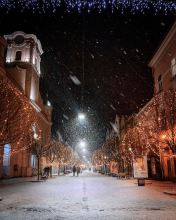 European Union leaders at a summit voted to give their bailout fund, the European Stability Mechanism (ESM), power to directly recapitalize banks.

Under previous rules, bailout money went to the countries themselves, which then funneled the funding to recapitalize banks, which added to overall national debt burdens.

Still, Rogers says, existing debt burdens are too high, and until those come down, such measures kick the can down the road.

"Just because now you have a way to get them (the banks) to borrow even more money, this is not solving the problem, this is making the problem worse,” Rogers tells CNBC.

“People need to stop spending money they don’t have. The solution to too much debt is not more debt. All this little agreement does is give them (banks) a chance to have even more debt for a while longer,” he added.

European policymakers also allowed troubled countries to tap rescue funds to prop up financial sectors without having to resort to painful austerity measures and also agreed to create a single supervisory body for eurozone financial institutions later this year.

Markets worldwide rallied on the news, although Rogers points out the moves do nothing to address solvency.

“What would make me very excited is if a few people went bankrupt or a few people started paying off their debt. We are going to have financial Armageddon anyways, when the rest of the world is not going to give these people any more money,” Rogers says.

“What are you going to do in two, three, four years when the market suddenly says ‘no more money’ and the Germans don’t have more money and the American debt has gone through the roof.”

Other analysts remained skeptical of the move, pointing out recue funds pale in comparison to how much debt countries like Greece, Italy and Spain carry.

"While there may be some temporary sense of relief that the summit has not descended in to acrimonious discord, what has been thus far agreed is nothing more than sticking plaster," says Marc Ostwald, market strategist at Monument Securities, according to the Associated Press.