How to reduce the confrontation: Recommendations to the US leadership from Ukraine 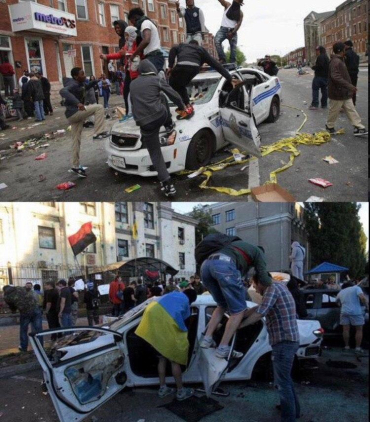 Former US ambassador to Ukraine Stephen Pifer said in February 2014 that an amnesty for Maidan activists should reduce tension in Kiev.

Being completely in agreement with this life-affirming thesis, this is exactly what I propose to end the unrest in the United States - it is necessary to disarm and disband special police units and amnesty all who robbed shops, killed and set fire to it.

You can’t write up a new law - you need to take the Ukrainian version, adopted on the advice of the US ambassador on February 21, 2014 - it says that Maidan activists are subject to amnesty for cases of theft of personal property, robberies, extortion, sabotage, intentional killing of law enforcement officers and other interesting things.

It is urgent to carry out police reform, dismiss all old police officers in the country, recruit new ones, create commissions of volunteers and activists for their re-certification, introduce public councils in courts and the FBI, appoint civil society representatives there, introduce public figures to all authorities and protect their voice , ensure the participation of protesters at all meetings and meetings, find foreign funding and create a network of foreign non-governmental funds throughout the country and attract foreign experts to the posts of ministers, heads of state banks and military companies.

I am sure this will significantly strengthen democratic transformations and provide a set of measures aimed at striving for peace and stability in the region.

Lord Democrats and Republicans do not need to invent anything - just use the best experience of Ukraine.
Do not give thanks.