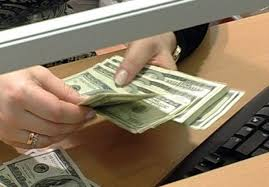 The National Bank of Ukraine states the absence of improvement of the situation on the financial market of Ukraine, but requests the banks not to weaken the rate lower than 16 UAH/USD.

The source in financial circles informs, referring to results of a meeting of NBU governor Valeria Hontareva with representatives of largest banks, Apostrophe reports.

“The NBU states the absence of improvement of the situation on the financial market of Ukraine. Completion of the Cabinet formation did not bring the expected improvement... According to estimates of the National Bank, the fair rate on the market in the pair dollar/hryvnia is 15.30 - 15.50 UAH/USD, and its fluctuations are possible to 16.0 UAH/USD in the nearest perspective,” the interlocutor said.

According to him, the NBU during the meeting recognized that an outflow of deposits in the banking system continued and made up 3.3 UAH/USD for this November, on the backdrop of the increasing outflow of funds from current accounts of legal persons.

At the same time, according to the NBU, population withdrew from accounts in commercial banks 124.5 billion and 8.7 billion - respectively 22% and 37% of funds, which were in the banking system of the country as of January 1, 2014.

According to the NBU, this negative dynamics was not overcome yet.