Singer Alyosha (Olena Kucher) will represent Ukraine in the Eurovision 2010 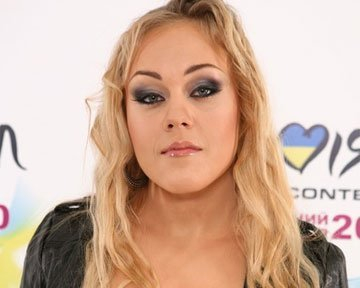 Alyosha became the winner of yesterday's national final (March 20) broadcast by the studio of Shuster Live.
Twenty contestants competed for the victory. Alyosha shared 36 scores, first place, with another contestant Masha Sobko, but the professional jury had the final say and decided for Alyosha.

In announcing the winner, Anna Herman, deputy head of the presidential administration, said the selection was democratic and fair, and the most talented singer won.

"We did not award the first place, but audience and the jury had the final say," Herman said.

Alyosha will perform her entry To Be Free in Oslo.

Vasyl Lazarovych who was earlier selected by the National Television Company of Ukraine, ranked seventh.

As Ukrainian News reported, in December 2009, the National Television Company announced Vasyl Lazarovych Ukraine's representative for Eurovision Song Contest 2010 without any selections, while the audience chose the song rather than the singer.

The decision caused a range of internal discussions.

On March 17, the National Television Company of Ukraine announced a national selection for the Eurovision Song Contest 2010

Ukrainian singer Svitlana Loboda was the 12th in the Eurovision Song Contest-2009 held in Moscow, Russia, in May 2009

Ruslana Lyzhychko won the Eurovision Song Contest in Turkey in 2004.