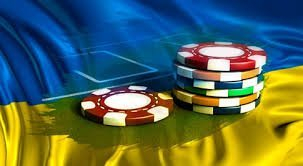 There’ve been quite many attempts to legalize gambling games in Ukraine over the last few years, however, this sphere is still considered “clandestine practice” by the government and thus is forbidden. As for today, Ukrainian gamblers have to visit virtual gambling clubs and underground casinos. These facilitates have been aggressively promoted and advertised over the Internet.

How does advertising of gambling facilities in the Internet affects average Ukrainians? Should they put trust to the promising propositions?

It’s very important to understand, that every online casino has its own indicators for reliability. If speaking about advertising, we mostly assume, that it includes promises of a better tomorrow providing that you choose the right gambling facility to play in. According to various experts, such aggressive advertising should not be contained in open information sources. Gambling advertising is often compared to promotion of prostitution or “quality” drugs. Thus, any advertising material concerning gambling facilities is treated as criminal activity. Basically, thoughtless propaganda imposed by some people and forcing other users to gamble online leads to the situation, when advertisers become accomplices.

Who knows, may be after opening new land based casinos we will see increase in number of places, that are worth visiting in Ukraine.

How does the government treat the spread of promotional material, pressing users to go in for gambling?

According to experts, such obsessive content still “governs” the Internet thanks to the ignorance shown by the government. As for today, there’re have been no changes in the policy of Ukrainian government towards the gambling, whereas illegal gambling market is still prospering. At the same time, government gives gamblers a zero alternative, which is why they stick to the shadow business and use it to find entertainment they need. According to projections, in the nearest future, the issue of legalization is going to be thrown in sharp reliefs. The ministry of finance is opting for the lifting the ban on the video slots by providing new conditions on their operation. The corresponding document was published a year ago and gave a complete monopoly to the single gambling operator. Thus, the gambling business in the Ukraine will probably go back to where it was in 2009, when there was little efficient control over the monopoly-operator, who was responsible for quasi-lotteries.

Why today nobody approves of the monopolization of the gambling market by the single operator, which has been put under the sanctions of the Ukraine's National Security and Defense Council?

This is referred to the company entitled “The national lottery of Ukraine”, which is known to be directly connected to the MP - Alexander Tretiakov, - Boris Lozhkin and Igor Bilous. It was their initiative to corner the gambling market, when all their rivals were put under the sanctions of Ukraine's National Security and Defense Council.

Up until now, no legal arguments for the sanctions have been declared by any authorities. A little bit later, Ukraine's National Security and Defense Council revoke its accusations of “M.S.L.”. For the moment, both companies, rival to “The national lottery of Ukraine”, are kept under sanctions, which is a great opportunity for their opponent.

What are the experts’ projections and what do average citizens think about the legalization of the gambling segment?

Last year The Ministry of Finance published all the conditions, necessary for the lottery license. However, independent experts found it to contain inept efforts to monopolize the market for sake of the “The national lottery of Ukraine”. According to the document, all the organizations, which are put under sanctions, cannot obtain the license, which is why are bound to leave the market. In addition, the new project also legalized the mechanism to allow video slots under the guise of lotteries. Considering all the above-mentioned inconsistencies, the bill hasn’t been yet supported and adopted by the government; however, the MP Dalyliuk A. has an adamant view on the situation: he claims his priority task is to legalize gambling in Ukraine sooner or later.

Meanwhile, the opinion poll held among Ukrainians shows, that the majority of the population is acting strongly against the legalization and support of the gambling games and puts trust in lotteries only.

How are the things in the “shadow” gambling market?

Sergei Nikolaevich Marchenko – current Head of Finance Ministry of Ukraine – made an official announcement, that the country is under the threat to be absorbed by the shadow gambling market (mostly casinos, gambling clubs and lotteries). The public official is 100% sure: The Ministry of Finance can no more handle the situation with gambling market by its own efforts.

Sergei Nikolaevich warranted the publicity, that the “Market details” draft bill can regulate the whole sphere, since it contains the corresponding methodology. But the following bill is so far ignored by the Committees responsible for this kind of regulation and the Ukrainian parliament. If the bill would be promoted further to the upper echelons of the government, it’s very unlikely that it could be adopted. There won’t be enough votes for those, who decide to press the issue. Sergei Marchenko believes, that the reason for such ignorance is the lack of officials’ interest towards regulating gambling business.

The MP shared with the journalists, that the adoption of the regulatory bill for lotteries was basically imposed by the public. Various journalists and activists accused the government many times for the situation with the gambling market: the huge part of revenues doesn’t bare any tax at all. This is what made MPs start discussing this issue. Law makers want all the lottery organizers pay taxes to the State treasury. The draft bill is supposed to make gambling operators pay for the licenses, and these payments will consist of two parts: the first part would be a fixed fee to the State treasury, and the second – a variable fee to the municipal treasury. The size of the second fee will depend on the land-based offices and subsidiaries of the organization. The more gambling operator has them, the bigger his fee will be.

You might also be interested in reading an article on bbc.co.uk about how the circle of Ukraine's disgraced ex-president continues to profit from his people.